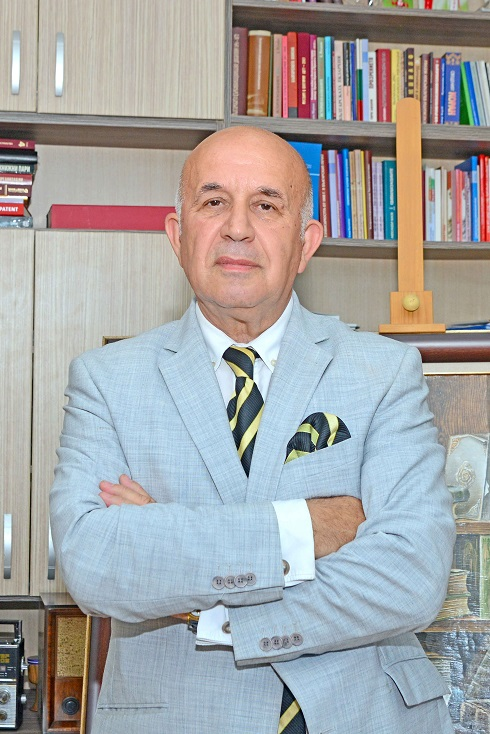 Prof. Stoyan Georgiev Denchev is a public figure, a well-known Bulgarian Scientist, Rector of University of Library Studies and Information Technologies, Sofia, Bulgaria, Member of the Computer Science Department at the same university, Honorary President of the Bulgarian People’s Union of “Chitalishta” (Municipality Cultural Centers) and a former high level politician. Founder and Chairman of the University Youth Knowledge Academy (UNYKA) – a new and perspective unit at ULSIT.

In 1987, Prof. Denchev acquires the Scientific Title Assoc. Prof. (1987) Theory of Scientific Information, SSC Technical Sciences, HAC-Council of Ministers of the Republic of Bulgaria. At the same year he leaves for the United States of America, where he works as a visiting assoc. professor & a senior researcher at the California University of Berkeley. Prof. Denchev acquires his Scientific Title Prof (2005) in Information Resources Management, Specialized Scientific Council (SSC) Informatics in the Military Sphere,) HAC(-Council of Ministers of the Republic of Bulgaria.

During his career path, Prof. Denchev has consequently held the following positions: Head of Research Laboratory in Automated Information Technologies at the Central Institute on Mechanical Engineering, Sofia, Bulgaria; Deputy R&D Director General at the Information Centre for Technology Transfer "INFORMA"- Sofia, Bulgaria; Secretary General of the Council of Ministers of Republic of Bulgaria; Ambassador of Republic of Bulgaria to Helsinki, Finland, appointed by the Ministry of Foreign Affairs of Republic of Bulgaria (with the special decree from the President of the R of Bulgaria); Elected as a Member of Bulgarian Parliament; Political Secretary at the Alliance for National Salvation (a Bulgarian Political Coalition); Vice President of MG Corporation (a large Bulgarian Investment Company); CIO & Chief Consultant at “Dr. DENCHEV” Consulting Agency; Currently he is the Rector of the State University of Library Studies and Information Technologies (from 2002 - onwards).

In his long scientific and administrative career, Prof. Denchev has acquired memberships in various prestigious scientific and non-scientific organizations. He has participated in the Governing Boards of Scientific, Public and Professional Organizations,  in Editorial and Management Boards of Scientific journals and etc. Prof. Denchev has been repeatedly nominated and awarded a number of prestigious Tokens of Honor, Decorations, Honorary Diplomas, Certificates and  Incentive weaponary.

The publication activity of Prof. Denchev (incl.: scientific research articles, proceedings, reviews, citations, etc.) consists of more than/ exceeds 240 publications; 358 citations total (242 in Bulgaria and 116 abroad). Some of the monographic works and books of Prof. Denchev are a subject to International book exchange.

Prof. Denchev has a significant contribution to the education and training of specialists/ scientists/researchers/ administrative personnel. He has been a Scientific advisor of more than 30 people – Diplomas in BSc and MSc Educational and Qualification Degrees for the period 1983 – 2018, and more than 30 people - Doctoral students (PhD Educational and Scientific Degree) 27 PhD Graduates; 8-in-training.